It looks like Russians will not be able to enjoy as simple things as online casino gambling or Netflix in a few days. A lot of American companies have started pulling out their services from Russia. Will this be the end of the war?

Netflix, the world’s largest streaming service, has announced that it will cease operations in Russia.

“Given the circumstances on the ground, we have decided to suspend our service in Russia”, said Netflix spokesperson.

American Express has announced that “all operations” will be suspended in the country, and TikTok users will be unable to upload new content. The decision was made in light of “Russia’s ongoing, unjustified attack on the people of Ukraine,” according to Amex.

Visa and Mastercard, as well as the accounting firm PricewaterhouseCoopers, have proposed similar actions. 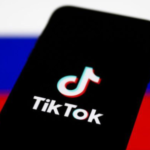 “We have no choice but to suspend live streaming and new content to our video service in Russia while we review the safety implications of this law,” said the streaming service.

The company’s in-app chat function would be unaffected.

People who spread “fake” information about Russia’s armed forces could face up to 15 years in prison, according to a new law introduced by the Kremlin.

Amex Suspending All Their Globally Issued Cards From Russia

In addition, the company is ceasing its activities in Belarus. Its most recent actions are in addition to the suspension of their connections with Russian banks that are being hit  by the US and international government sanctions.

Amex acknowledged that their choice will have an impact on employees and customers in both nations, but stated that doing the right thing is one of its core principles.

“This principle has guided us throughout this difficult crisis and will continue to do so, as we stand by our colleagues, customers, and the international community in hoping for a peaceful resolution to this crisis,” they said.

Since Russia’s incursion of Ukraine, a substantial number of high-profile firms have distanced themselves from the country. PayPal’s services are also not working, with CEO Dan Schulman stating that the business stands with the world community in denouncing Russia’s aggressive military assault. Puma and IKEA have shut down their stores, Apple and Microsoft products are off the market too, and Hollywood companies have delayed the release of new films.

What is the current Ukraine-Russia situation?

As of this article, Russia is still in attack mode and planning to take over the third Ukrainian city.

How many people have died in the Russian-Ukraine War?

So far, there is no fixed official number on the total number of people who have lost their lives from both sides.

When will the War end?

The war seems to be intensifying.  Hopefully, it can be ended soon.